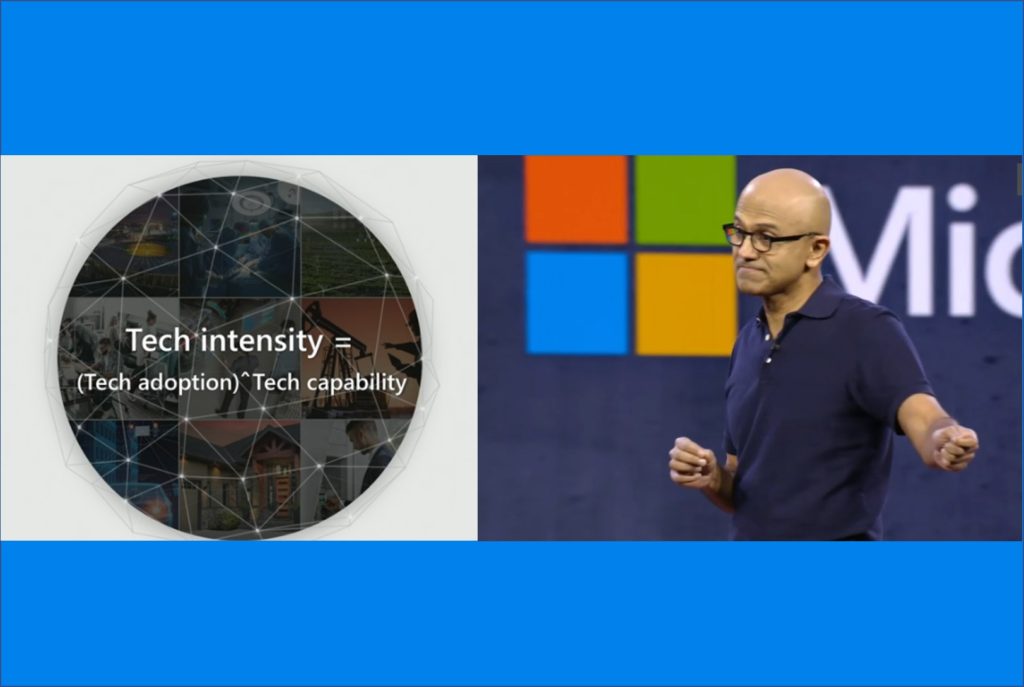 The tech titans Microsoft and Salesforce have squared up again. In the same week, they have planned big conferences.  Microsoft is hosting Ignite in Orlando FL for 30,000 softie people and Salesforce is hosting Dreamforce for tens of thousands of trailblazers in San Francisco CA. The technology in the cross hairs is Artificial Intelligence — AI.

What caught my eye happened at the close of CEO Satya Nadella’s keynote, where he highlighted the work of Microsoft towards humanitarian relief. The technology in his spotlight is AI technology.

According to Microsoft President Brad Smith, Artificial Intelligence promises to save lives and he pledged Microsoft will bring $40 million in relief to benefit the following humanitarian causes:

Brad cautions AI industry leaders to ensure as we power computers with AI, we do so responsibly in these areas:

-impact on jobs
-privacy and data concerns
-ethical questions over use

Who will stop AI from being deployed before it’s ready? Otherwise, AI may for example limit people from going into a public space, expressing themselves.

He noted that cybersecurity is job number one at Microsoft, because there are plenty of governments that worry about each other. We’ll need stronger international laws in this space. In some respects Microsoft is an international cop. They used AI recently to stop a Russian hacker group interfering in the upcoming midterm elections.

To make a broader point, ever since Bill Gates published his trustworthy computing initiative in 2005, Microsoft has embraced at its core, attention to the need for security throughout its product development lifecycle. Today, Microsoft has 3,500 security engineers dedicated to first line of defense. AI has elevated the role they must fulfill.

In case you’re looking to Microsoft as you become more involved, here’s the AI accessibility grant application, of which humanitarian aid is one third.

I expect the AI and Humanitarian themes to emerge with Marc Benioff this week at the Dreamforce conference in San Francisco. Remember Benioff wanted to buy LinkedIn, but Nadella swooped in with cash to buy it for Microsoft. I know Benioff with his charismatic and passionate leadership has a lot happening. His deal to buy Time Magazine is just the tip of the iceberg.  He would not shed tears if Nadella’s ship ran into the CRM berg.  He will not want to be shown up again.  It should be interesting.